Sweeney Woods Preserve is bisected by the Mackinaw River. Hiking trails bordering the main 77-acre section south of the river make it most accessible to the public. The remaining parcels are primarily woodlands north of the river and more difficult to access. This split, however, means a significant portion of this preserve borders the Mackinaw River, a waterway known for its overall health, restored river otter population, and mussel diversity.

The hiking trails that branch from the parking lot first wander through a floodplain that has been the focus of restoration efforts in recent years. Prior to ParkLands ownership, this bottomland was farmed for corn and soybeans. Not only did spring rains make it difficult to produce a consistent crop, but receding water pulled waves of loose topsoil back to the riverbanks. Evidence of this exchange exists along the preserves north trail where the river has clearly altered its course and doubled in width.

Today, the bottomland still floods most springs, often up to 10 feet high. But now, the deep roots of prairie grasses and native trees hold the soil in place. The dormant seeds of switchgrass original to the site have even sprouted back to life after just a few years of restoration efforts. A man-made levee protects the road from damage and funnels the current back into its banks. 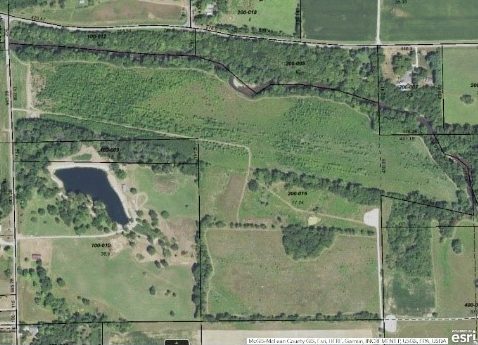 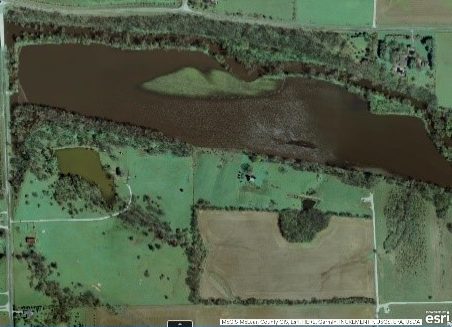 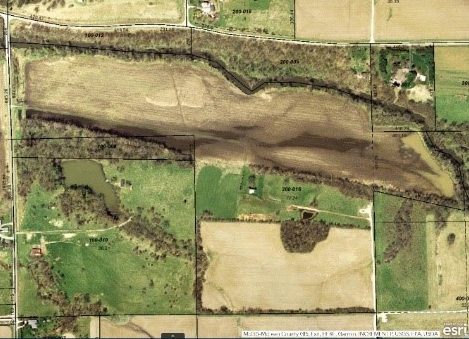 Aerial images of Sweeney Woods Preserve show both the power of the Mackinaw River and the effects of conservation efforts since ParkLands' acquisition in 2009. Maps sourced from the McLean County McGIS mapping system.

The dense silver maple population near the parking lot also sprung up naturally, likely caused by the settling of flood water that dropped hoards of seeds. These trees are native and welcomed in balance, but recent volunteer efforts have begun to thin them in favor of the slower growing bur oak, sycamore, and walnut saplings. Thousands of hand-planted trees have also been added to the former upper pasture to create a restored upland savanna.

Bird surveys have shown especially strong owl populations on the preserve. It is also a prime location to observe the American woodcock’s unique breeding displays during their spring migration. A cattle pond along the north-facing ridge has been restored as a wetland, now housing breeding populations of amphibians. Of significant note, Sweeney Woods was the location that a local biology professor and ParkLands board member first confirmed the presence of mudpuppies in the Mackinaw River. Mudpuppies are a threatened species in Illinois and previously feared extinct in this region.

The highlight of the Sweeney Woods Nature Preserve for many is the stately bur oak perched atop the north-facing ridge. Its burly armor protected it from the frequent prairie fires of years past and its species is an icon of prairie savannas. Fortunately, this specimen was spared near what used to be a small homestead. A memorial bench donated by Wilma B. Erwin under the canopy of the sprawling bur oak provides a perfect bird’s-eye view of the river bottom and restoration efforts.

Turn east at the oak and you’ll soon pass over the berm of the restored wetland on your right. Further ahead, the Nicor Gas gravel drive serves as the east border of the upland portion and may be used to access the block of upland trails before turning back into the river bottom to complete the 2-mile loop.

The Sweeney Woods Preserve is a conglomerate of five adjoining parcels acquired decades apart. The first parcels were a gift of 23 wooded acres on the north side of the river from the Northern Illinois Gas Company (now Nicor Gas) in 1971. Shortly after, ParkLands purchased an adjoining 10 acres of woodland from Joe Sweeney.

And so it was until 2009 when ParkLands matched grants from the Illinois Clean Energy Community Foundation and the Grand Victoria Foundation ($168,000 each) to purchase the main 77-acre section of the Sweeney-Hewitt farm. Collectively, these parcels became known as the Sweeney Woods Preserve.